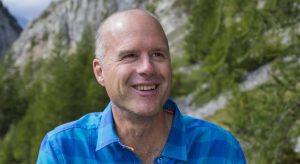 Henry Schniewind is an internationally renowned snow and avalanche expert. He studied avalanche forecasting as part of a Geology degree at Montana State University and Boston University. Following this, he moved to the French Alps where he works as an off-piste ski guide, director of Henry’s Avalanche Talk and conference speaker on risk management.

Henry has given over 900 talks and courses, including presenting at international snow science conferences. He has published many papers and articles, often in the British press. Henry created Henry’s Avalanche Talk (HAT) in the early 2000s in response to the fact that 9 out of 10 avalanche victims trigger the avalanche themselves and that many of these accidents could have been avoided. 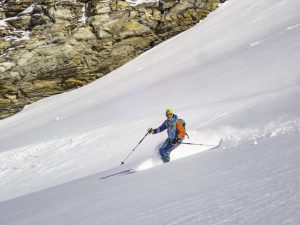 Henry has been off-piste guiding for over 30 seasons in Val d’Isère, France. He is a fully certified French ski instructor, having passed the Ecole Nationale de Ski et d’Alpinisme (ENSA) exams in 1993, which made him the first American to obtain the French Alpine Skiing – Educateur Sportif’ degree. Henry Schniewind and HAT are endorsed by ANENA (The French Avalanche Association). ANENA recognises Henry for having saved well over a hundred lives thanks to his off-piste and touring accident prevention and awareness work from the late 1980s to the present day. Henry is also a certified professional member of the American Avalanche Association and has many ties with other snow and avalanche organisations worldwide.

Henry began his skiing career as a racer in New England.