It looks like we’re going to have classic spring snow conditions for at least the next few days! 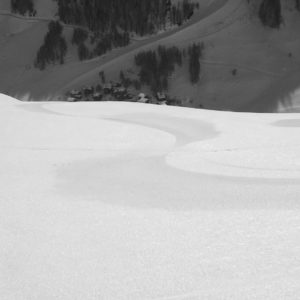 This is one of our favourite times of the year for skiing! There’s some lovely soft, smooth snow around if you choose your timings and slope exposures right.

Another great thing at this time of year is that when regular melt-freeze cycles come into place the snowpack becomes much more predictable. This is one of the reasons why there are a lot less avalanche accidents occurring in spring compared to in the winter months. By ‘avalanche accidents’, we mean avalanches when there are human victims involved.

Of course, sunnier slopes will continue to become more unstable as temperatures rise, and we’ll see heavy wet snow avalanches coming down (some of them big), particularly later in the day. We shouldn’t be skiing anywhere near those slopes at that time of day though.. especially if it’s on a closed run or road.

Understand ‘melt-freeze cycles’ and have fun with spring snow!

Off-piste spring snow is one of the best things that the Northern French Alps has to offer. With lift access to all slope orientations: East, South, West and then North, you can find it and have fun with little effort.

Once new snow melts in the sun/heat during the day and then freezes at night (one melt-freeze cycle) a few times in succession following a snowfall, the top snow layer begins to form a crust. This crust gets deeper and stronger after each melt, allowing free water to drip down and re-freeze during the night. Any given ‘melt-freeze’ layer becomes stronger with each cycle of melting and freezing due to the deeper penetration of each melt during the day. This adds more depth to the potential frozen layer at night.

If untouched, the top of this frozen layer is smooth and solid first thing in the morning. It then becomes progressively softer as the warm sun and increased temperatures melt it as the day goes on. This process starts on East facing slopes because they get the sun first thing in the morning. It then happens on South, then West facing ones. (North facing slopes above 2500 metres don’t normally get a melt freeze layer on them until late April, due to lack of sun).

The trick, after a couple of good melt-freeze cycles have created a solid layer on a slope, is to get on that slope when the snow surface is smooth and solid with only 2 or 3 cms of soft melted snow on top. (These are generally slopes that have been in the direct sunlight only for an hour or so e.g. an East facing slope at 9 or 10 am).

Then you need to get off those slopes when the snow surface begins to get too soft and mushy or you’ll start breaking through, which is dangerous for your knees. AND the slope may be unstable due to all the melting – then avalanches can be a problem on these sunny slopes.

Check Henry’s Facebook posting for more info on current conditions and how to ski spring snow.

Friday 20th:  Another sunny day – with similar conditions to Thursday.

Saturday 21st: Continuing the same, with a few cumulus clouds in the afternoon.

Sunday 22nd & Monday 23rd: Sunday: More cloudy, but still bright and warm. Monday: After a fine morning, it will turn more unsettled in the afternoon with possible showers.

After a solid melt-freeze layer has formed and there’s been a good melt during the day, it needs to freeze well the night after. The ideal is a cool clear night; for example: minimums of –2 degrees (or lower) at 2000 m if your going to be skiing at 2000m and above. This will allow the melted parts of the layer to re-freeze solidly again from that altitude up.

Try to get on East facing slopes first thing, 9 am. That’s because the sun rises in the East, so those slopes get the sun first. Then move onto South facing slopes, then West. Do this right and get some of the best skiing of the season.

Aside from a night that is not cool enough, the only thing that gets in the way of great spring skiing is the nasty ruts in the snow that people leave behind because they either ski spring snow slopes (slopes that get lots of sun in spring: E,S and W) before the melt-freeze layer has formed (too soon after a snowfall) or they ski the slopes too late when they are too soft and mushy.

Enjoy the Spring Skiing everyone! See you next year!!