Not really spring conditions yet. 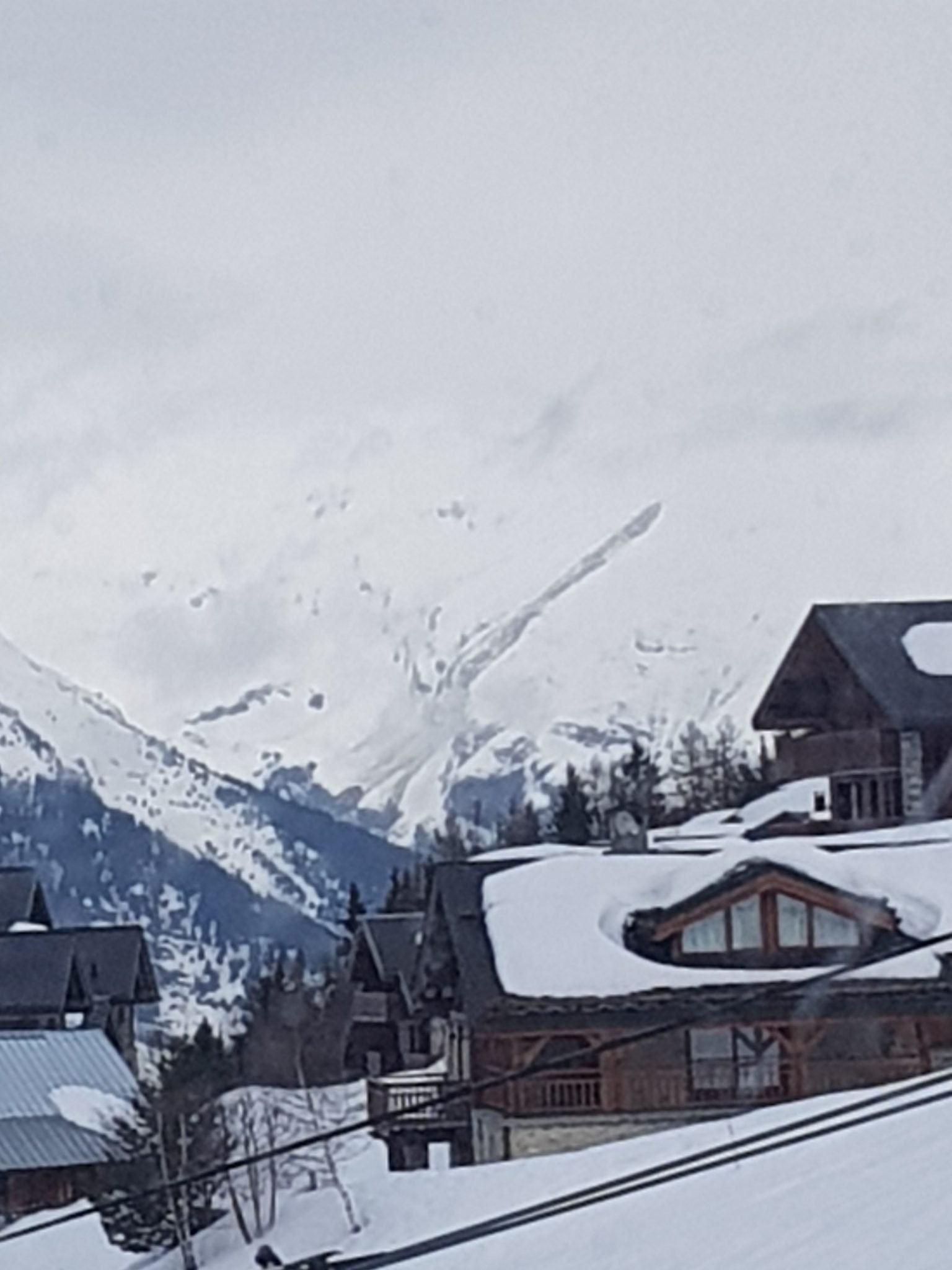 The unexpectedly long transition into spring continues! In high altitude resorts above 1800 m, we’ve still not started having any significant melt/freeze cycles that we normally experience at this time of year.

First thing in the morning there’s still some lovely wintry snow on high altitude slopes above 2300 m, especially on the more shaded N facing ones. On more S facing slopes, and at lower altitudes, some spring snow conditions are just starting to appear.

On high exposed slopes, the snow has often been wind-affected, hardened or densified (‘educational’ to ski). There is also some crust lower down, where the snow has baked in the sun, melted and refrozen.

Overall, the snowpack remains very solid. It will become a lot more predictable as spring conditions eventually draw in.

Any significant instability that can be triggered by people this week will be in form of direct action avalanches occurring in the first 12 to 24 hours after a snowstorm. This instability will be in the top layers of the snowpack 10 cm to 40 / 50 cm. Indeed most avalanche accidents in the last two months have these four things in common:

The most important exacerbating factor in most of these accidents are the terrain traps which include: things like bowls, gullies and cliffs, which you wouldn’t want to be swept into or over.

Following this initial short-term instability after each snow ‘episode’, things will become very stable again or at least predictable i.e. the instability that does occur will increase with higher temps and sun on a slope and decrease with lower temps on a slope (especially as the go down below 0°).

We’ll probably see some naturally occurring avalanches later in the day as the snow warms up, becoming humidified and heavy. With a few breezy days ahead, windslab will also be forming, especially on leeward slopes near mountain ridges.

There are still plenty of glide cracks around. These look frightening but are less threatening than they look. They’re not triggered by skiers, they release spontaneously, so you are very unlikely to be in the path of the avalanche (don’t hang around though). Most of them will never release. However, when they do, they can release impressive volumes of snow. It is reasonable to pass quickly underneath them. (30 seconds to a minute is about the longest you’d want to do that for, keeping an eye on them as you go). If skiing near one, always make sure you have an escape route in mind and, as on steep slopes, keep an eye out for any terrain traps.

Off-piste conditions and risks change from day to day. Although conditions are generally stable, there are localised areas of instability. Info on specific risks to look out can be found in the daily avalanche bulletin for your area.

We’ll keep you updated on any change in conditions through our HAT blog and Facebook page. The avalanche danger ratings are explained on henrysavalanchetalk.com/hat-advice/danger-rating. 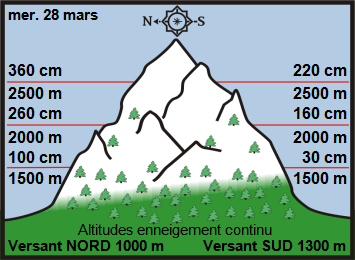 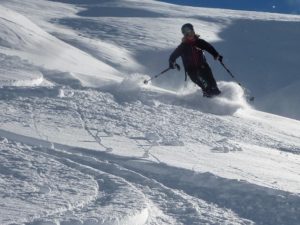 Friday 30th:  Unsettled weather. Very cloudy near the French/Italian border and in the foothills. These areas could see some fresh snow above 2000 m. S wind, with strong gusts of Foehn and Lombard, possibly up to 80 km/hr. Snow showers getting heavier, and stormy in places, in the afternoon. Rain/snow limit around 1000 m. Temperatures slightly below normal for the time of season.

Pay attention to the warmth of the sun. The sun transforms the snowpack very quickly at this time of year. Shady north areas will still be powdery above 2300m. Sun affected areas will be variable.

You can have a fantastic time off piste and stay safe as long as you’re applying basic risk reduction measures. These can be found in our HAT off-piste checklist.

Have a great, safe week off-piste!