What is the Risk of Riding in Avalanche Terrain?

This is the title of a blog posted by Bruce Tremper in 2009.

I am planning to examine this question in more detail this week by attending the International Snow Science Workshop (ISSW) in Innsbruck.

I hope to be posting more about this whilst I am there.

Here is a link to Bruce Tremper’s blog where he raises some powerful questions.

In the introduction, he observes

Our lives revolve around risk but it’s a concept most of us don’t understand well. The human brain is good at many things such as pattern recognition and the nuances of social interaction but our brain is notoriously poor at statistics and probability.

People who are afraid to fly don’t mind driving although, on average, you would have to fly every day for 4,000 years for you to be killed on a commercial aviation flight whereas automobile fatalities are so common you hardly see them mentioned in the newspaper anymore (32,000 per year in the U.S.)

We’re afraid to let our kids ride the bus to school yet there are only 3 deaths per year on school buses and 600 per year from parents driving their kids to school.

So what is the risk of recreating in avalanche terrain compared to other activities?

Skiing and riding in avalanche terrain are surprisingly safe as long as it’s done using all the risk reduction measures taught in avalanche classes. It’s about the same risk as driving one hour to the trailhead.

But randomly riding in 10 potential avalanche paths per day without any risk reduction measures at Considerable or High Danger can be one of the most dangerous sports in the world.

Someone who randomly (i.e. without taking risk reduction measures) rides the centre line of 10 slopes per day in terrain rated as Moderate Danger (2 on a scale of 5) is roughly the same risk as whitewater kayaking or skydiving.  but still much less dangerous than riding a motorcycle

Randomly riding the centre line of 10 slopes per day in terrain rated as Considerable Danger (3 on a scale of 5) has roughly the same risk as base jumping, which is considered to be one of the world’s most dangerous sports and one with a notoriously short expected lifespan for regular participants.

Doing the same in terrain rated as High Danger (4 on a scale of 5) is one of the most dangerous activities in the world besides climbing above 8,000 meters.

The Ortovox Off Piste Awareness Tour 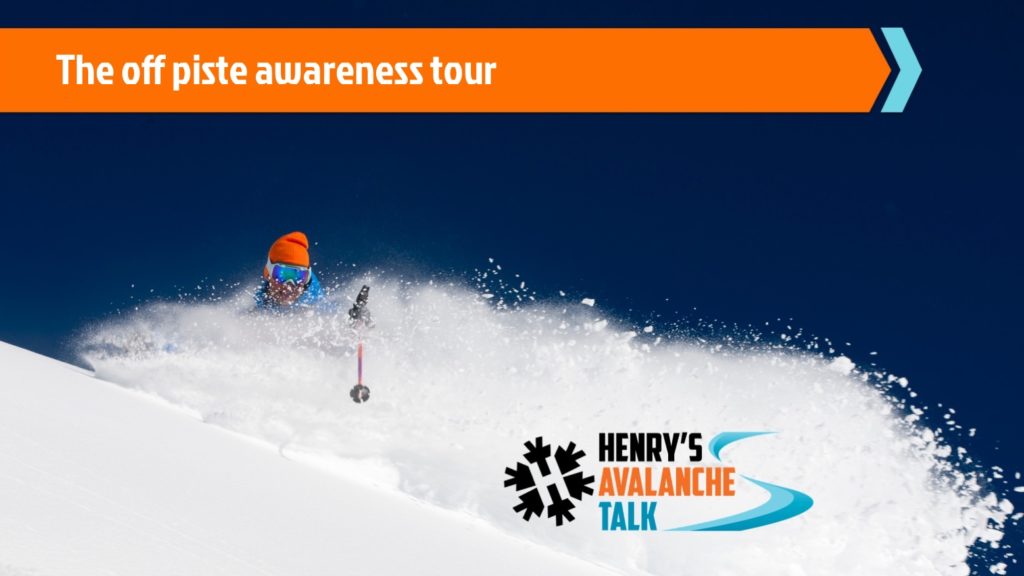