Further to our weekly update(s) on current off-piste conditions over the next week in the Northern French Alps. Avalanche forecast expert Alain Duclos makes some interesting observations here also on a voice/video interview. His basic message is to very wary of North’ish/shaded slopes where the snowpack has become cohesionless in many places due to the long clear sky period that we have experienced over the last three weeks or so. We at HAT remind everyone that most avalanche accidents are triggered by the victims themselves on North’ish facing slopes in December, January and February (we aren’t far from Feb!) especially when new snow falls on an unconsolidated weak layer of snow – the same as currently found in many places on shaded North’ish facing slopes right now in the region. The advice: stay on slopes less than 30 degree steepness after the snow comes this week unless you really know what you’re doing!

And a brief summary:

Brief translation with further explanations from us: The north east to north west facing shady slopes are quite sensitive to any extra weight from one skier.

With regular snowfall over the next week, the depth of the fresh snow on the old layer will increase. As the fresh snow gets deeper than it will become more hazardous.

So be especially cautious during the snowfall and for 48 hours after it snowed. That will be the case every day next week. 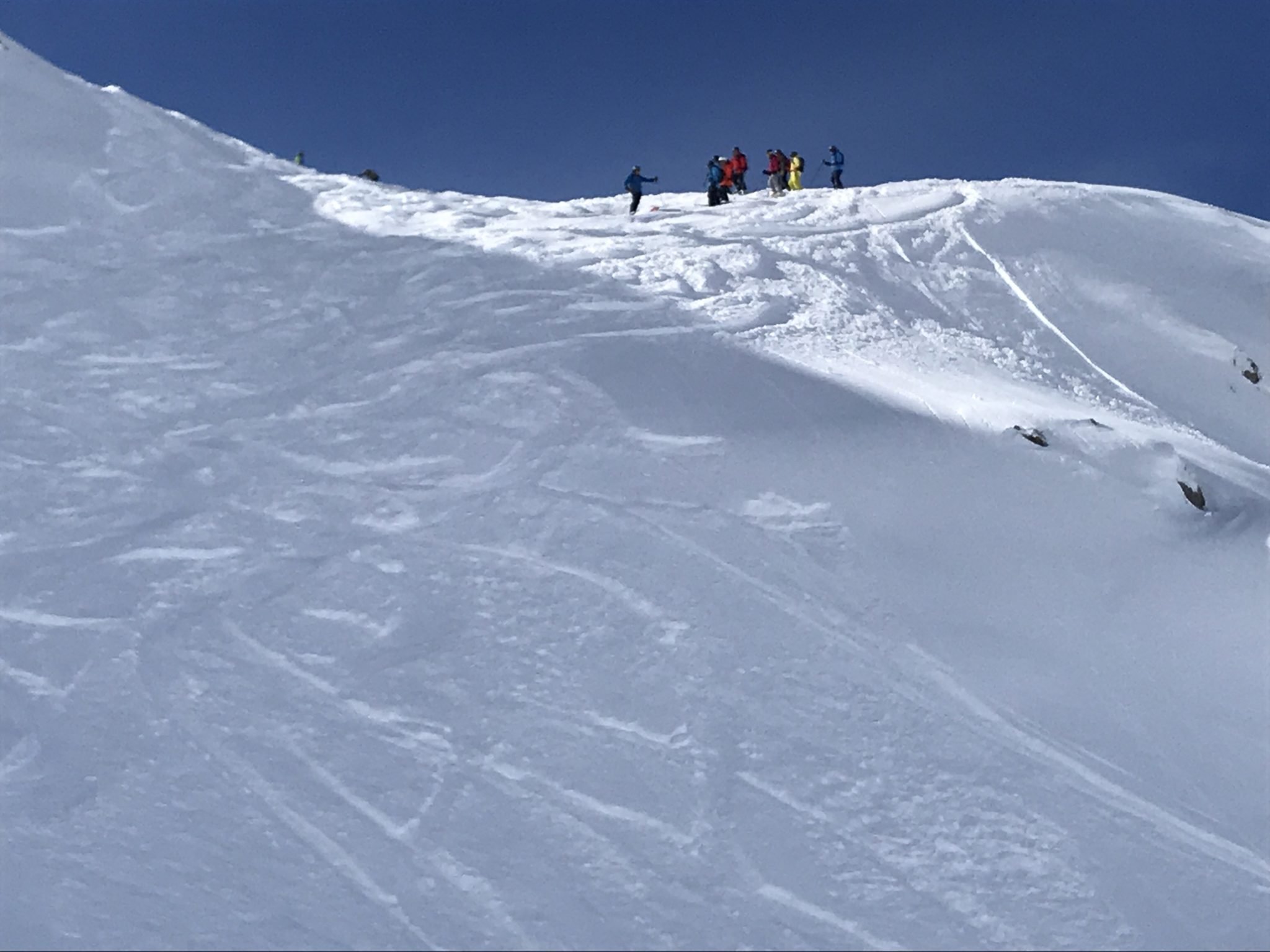 A shaded slope: nice snow, but either keep to slopes of less than 30° if you are not sure or engage with caution!

Quote from Henry on 2 March

Come to think of it, I’ve seen what I would describe as ‘patches’ of unconsolidated sugary snow – technically speaking, very well developed facets – especially where the snowpack is fairly thin i.e. 50cm or less deep on these shaded slopes especially above 2200. I would say the ‘patches’ range from a few sq m to 100 sq m. These ‘patches’ are in between areas of hard wind blown layers of snow for the most part and generally crusty snow (but not sun crusted because we are talking about N’ish shaded areas. Mostly away from the skier compacted classic off piste itineraries that have been packed down by skiers over the last few weeks of no new snow.