A new event and a new concept!

HAT is honoured to have just been asked to give a ‘Ride Hard, Ride Safe’, Essentials Talk with the new venture Shred Safe in Val d’Isère at 6pm this Wednesday, January 18th, in the Fall Line, Val d’Isère.

In the words of one of the founders of Shred Safe, Kene Mountain Echo: This season a few veteran seasonaires in Val d’Isère have put together a non-profit venture called Shred Safe. The goal is to educate people about the world of off-piste riding in order to maximise fun while minimising risk.

It’s bad enough to risk your own life when you go off piste. But as you aren’t alone out there (at least you shouldn’t be) your decisions affect more than just yourself. Everyone who’s been in Val d’Isère for a fair number of seasons has either been buried, knows someone who has been buried, or, sadly, knows at least one person who has died in an avalanche. 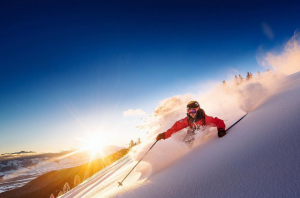 The main speaker will be the internationally-renowned avalanche expert Henry Schniewind of Henry’s Avalanche Talks. Henry will be delivering his famous ‘ Ride Hard, Ride Safe’ Essentials Avalanche talk, that he has also been giving in the UK, Chamonix, Meribel and other places in Europe.

James Adlington, creator of Planks Clothing, and Rich Jones, of TDC ski school, will also have a few words to say.

The whole talk will take about an hour and a half including a discussion session.

It’s free. It might just save your life. And Fall Line will be serving drinks, so you don’t even have to interrupt your après!