Remember the first time you stepped on snow … and then on skis?

The first time on snow is quite a special moment, we can all remember that day it snowed at home and we made contact with the cold white fluffy stuff.  I am sure we can also remember the first time we put skis on and they felt very slippery. 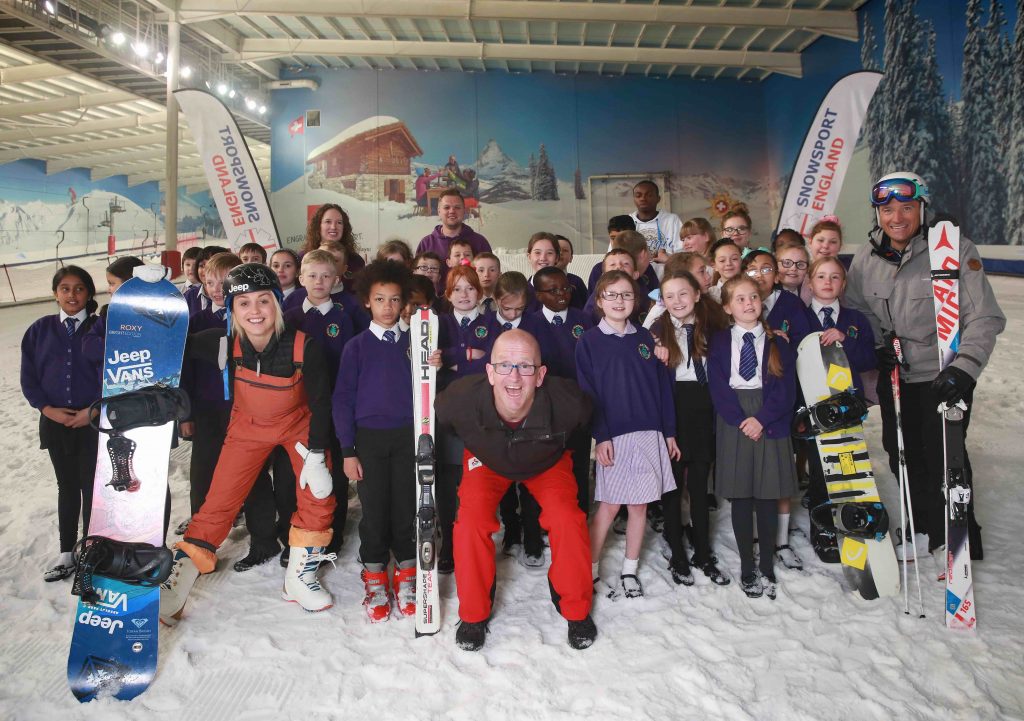 Here is a whole class of school children from Yewtree School in Hemel Hempstead about to try out skiing for the first time as part of National Snowsports Week. Their first lesson was that snow is cold. I saw some of the shriek at the cold and others were really very shocked. They pretty quickly got changed out of school uniform and into something more suitable.

At HAT we are passionate at getting more people to discover the rewards and delights of skiing.  If we don’t get more people to try this wonderful sport, then it could even decline.

National Schools Snowsport Week sponsored by Andorra is aimed at encouraging more schools to introduce their pupils to snowsports. Over 20 slopes across the country are offering taster ski and snowboard sessions at heavily discounted prices during National Schools Snowsport Week, which runs from 24-30 April 2017, and is backed by Winter Olympians Eddie ‘The Eagle’ Edwards, Graham Bell, Aimee Fuller and Dave Ryding.

I went down to the press launch of this great initiative and collected a number of impressions. The first is the beneficial impact of exposing children to a new and unfamiliar environment.  The second was the inspiration that came from Eddie The Eagle, Aimee Fuller and Graham Bell being there. 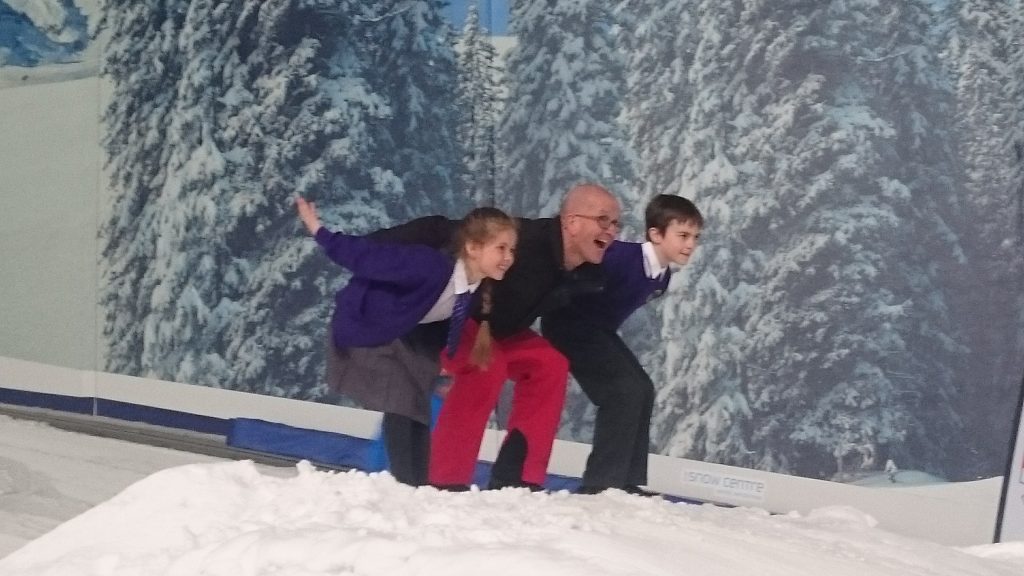 Eddie’s story all started on Gloucester Ski Slope as a school kid, so he was excited to be encouraging children to try snowsports for the first time.

“I wanted to encourage children to get out on the slope, give it a go and you never know they might just love it, just like I did”

I asked Eddie about overcoming fear

“I try and encourage people to overcome any fear, by trying things in small steps.  The more scared I was of the jumping, the more I focused on overcoming it”

“The children today will be out of their comfort zone, it’s cold, they have never had skis on before, the fact they are going out there and having a go will encourage them to try lots of other things in the future”

N.B. Eddie may be able to come to our Skiers Summit and address everyone on the subject of overcoming fear and trying out new things

Winter Olympian and GB Park and Pipe Snowboarder Aimee Fuller has been a long-term supporter of the initiative: “Both skiing and snowboarding have so much to give socially and are a great way to stay active. If you wanted to consider taking up skiing or snowboarding as a profession, the younger the better, but it’s never too late! Being able to start at school is the perfect intro.”

Graham Bell, five-time Olympian and presenter of BBC’s Ski Sunday commented: “I wish every child could have the chance to give snowsports a go and enjoy that feeling of sliding down a slope, adrenalin rushing through your body. National Schools Snowsports Week is such a great idea and I hope that those children who get the chance to try it during the week will keep coming back.”

To find out more about sessions at each slope visit www.nssw.co.uk