The weather is changing – snow is coming

But it will be slow progress …?

Apologies for not posting a weather update since 5th January where we predicted the snow dump for 13th 14th January.  The reason for the delay is that I have been waiting for a realistic prospect of new snow before promising it.

Seven days ago I nearly posted that we could expect some serious snow from Atlantic storms starting on Friday 27th January with a dump on Monday 30th January.  But everytime I looked at the weather models things kept changing a bit and I started to feel uncertain about the prospects for snow, so decided to stay quiet.

I am glad I waited. The anticipated storm is not going to happen in that way.  However things are changing and we can expect some snow over the next week especially around 3rd February.  This will be created by a Mediterranean low pressure situated over Genoa and the south of France and will bring precipitation and a lot of wind from the south.

The Foehn is back

Between Friday 27th January and Friday 3rd February the French Alps will experience Foehn conditions with quite a bit of cloud and a bit of snow, but not much.  The concern is the temperatures will be higher than we might hope or expect in January and it is not clear where the snow/rain limit will be. 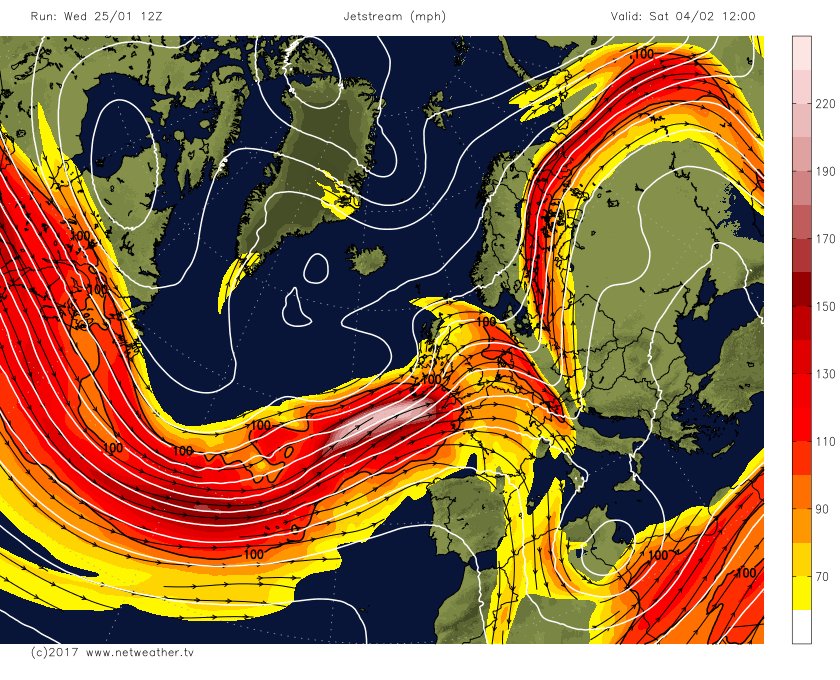 This Foehn will be followed by some Atlantic storms as the jet stream finally shifts to allow the continental high pressure to be replaced by low pressure from 3rd February.  From 3rd to 8th February we can expect the Jetstream to be above the alpine areas and allow a more disturbed weather pattern.

What does this mean for the next two weeks weather?

Wk C 28th January – expect higher temperatures with freezing levels at or above 1500m quite a bit of annoying cloud with not much snow.  There should be some snow but less than 10cm except on the Italian border where there could be 25 – 30cm.

Wk C 10th Feb – it is a bit too early to say but at the moment high pressure looks to return giving stable weather for half term.  I am not confident in this prediction though.

These are not precise predictions to the exact day and time, but it is the shape of the weather we can expect.