Crazy snowy March ahead. Has winter shifted to March?

Off piste snow and weather outlook 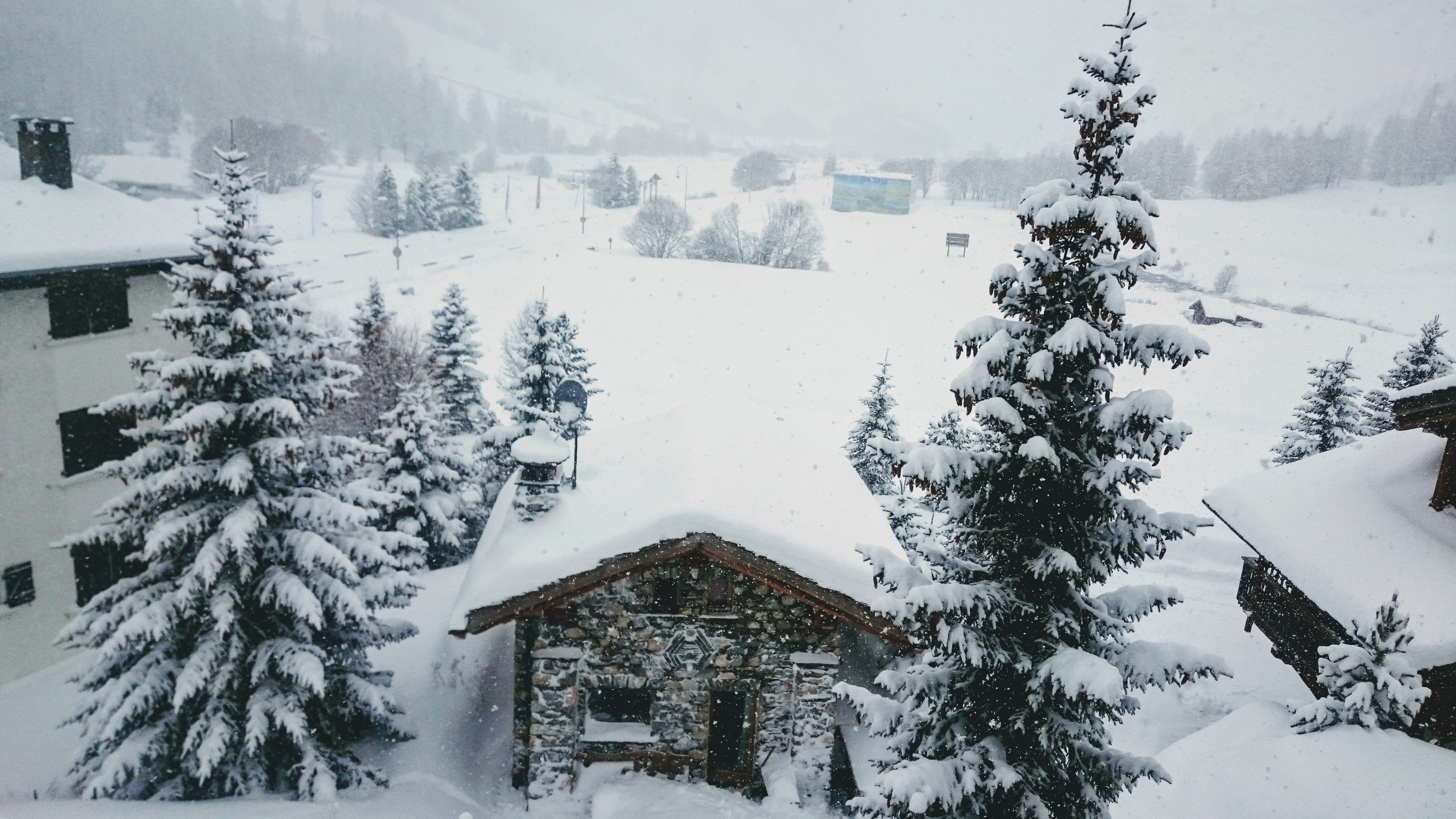 The sort of resort view we can expect in March. 6th March 2017 Val d’Isere

Apologies for the shortage of weather forecasts in the past month, this was because the patterns were very unpredictable and I was not certain of any predictions.  Without a reliable promise of snow, I felt it better to stay quiet.

But that has changed, it started snowing last week and the snow intensified over the weekend.  This morning it is still snowing heavily.  This snowfall started at 1600 Sunday and looks set to continue until Tuesday morning. This unsettled pattern looks like it could go on right through March.

Review of winter so far

So we had one big storm in November, no snow in December, one mid-size storm in January, one big and one small storm in February.  This brought a total of only 2m 50cm of snow rather than the 4m we might expect to have fallen by the end of February.  You can see in this chart how much snow fell in Val d’Isere each season. 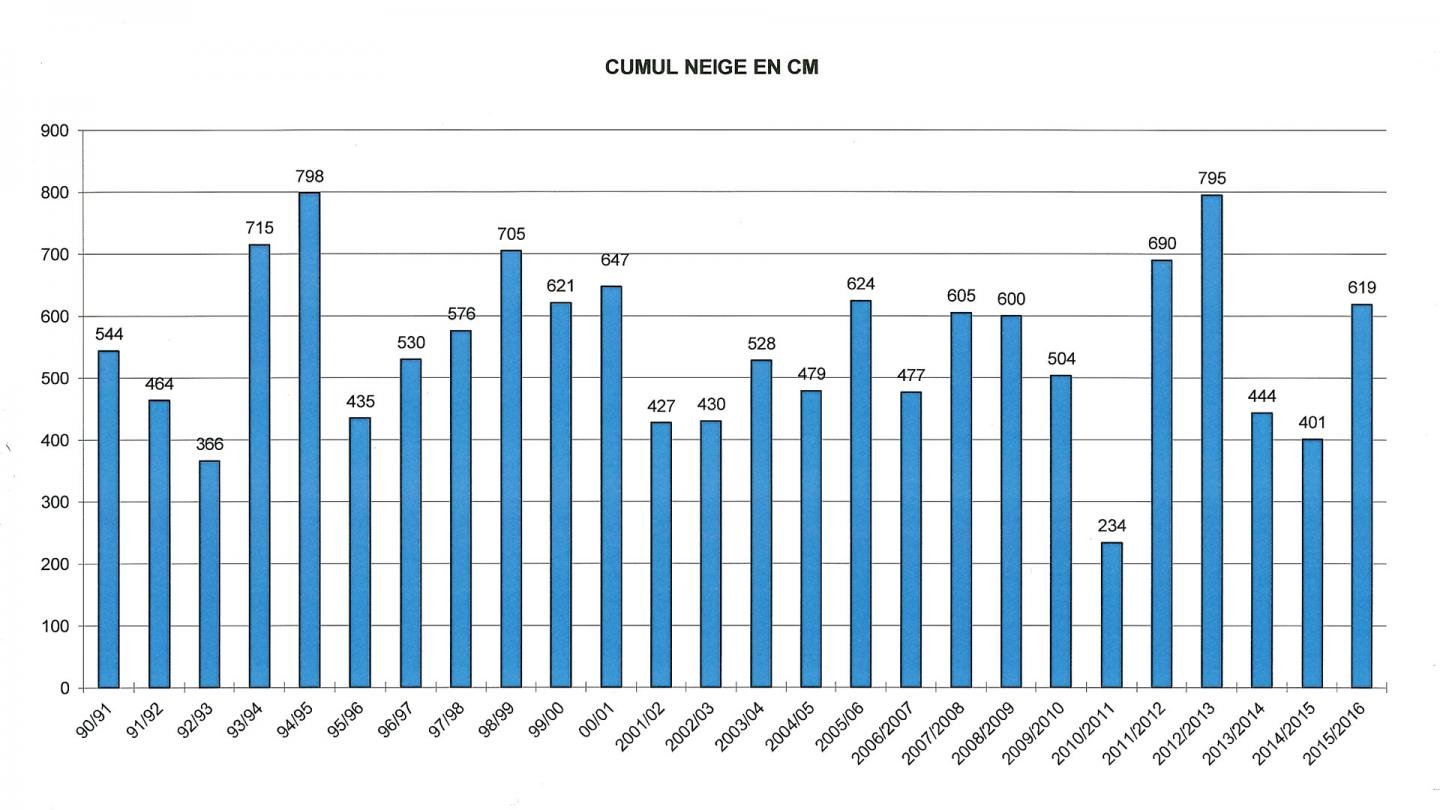 The dry sunny weather was because for 3 months the jet stream was split in two and ran north over Scotland and south through the Mediterranean.  See weather post here.  The alps basked in non stop sunshine, Scotland was mild and wet and windy, Spain, Greece and Turkey have suffered cold and wet weather with even some snow. The rain in Spain caused a vegetable shortage for UK supermarkets.

The short storms that brought snow to the alps happened when the jetstream briefly shifted to cross over central Europe. see weather post

The weather has changed.  March looks very different.  The jetstream has shifted.  It will now cross the UK and Europe and will bring a stream of unsettled weather that looks set to continue throughout March. It also looks like it will bring weather from the north keeping the snow rain limit below 1500m. In between these snowy spells the jet stream.will move out of the way and allow brief days of sunshine.

So this is the reverse of December January and February where we had days of sunshine interspersed with infrequent snowfall. 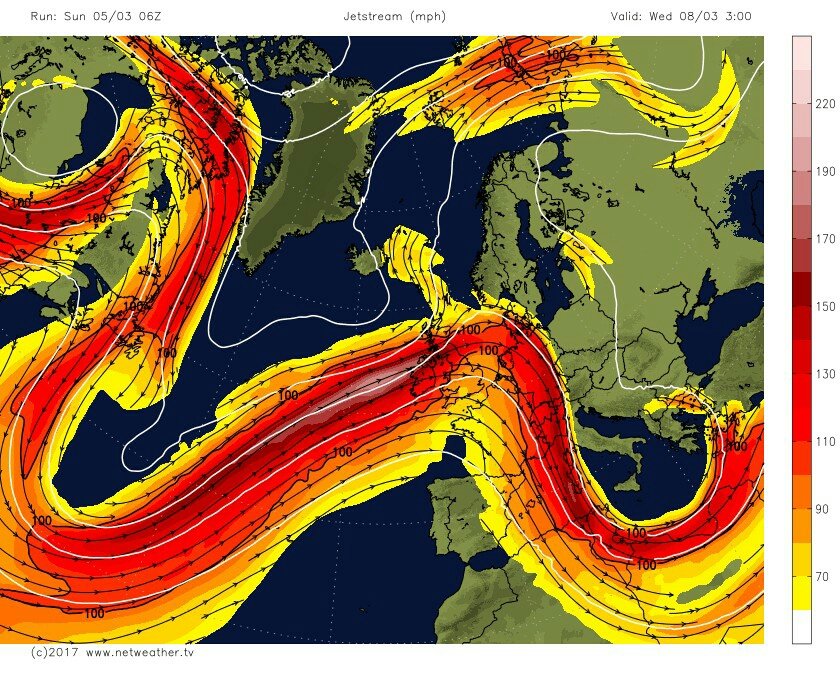 When will it snow in March?

The current snowfall will continue till Tuesday 7th March.  This will be followed by milder sunny weather until the weekend.

Saturday night 11th March or Sunday/Monday we can expect another less intense but snowy storm.

Then another spell of sporadic snow between 15th and 17th March.  Then it will settle for a week before more snow at the end of March.

Is March the new winter?

We have seen similar patterns in recent years with early season snow in November, dry in December, lots of sunny cold days in January. Is this a pattern?  I guess that is hard to be sure of

Only 7 days ago, we had only seen 2m 50cm of snow so far this season. This would not have been enough for late April.  With the current snowfall and this weather forecast, now we can be sure of good snow cover in April. Whether it will be sunny spring or April showers is too early to tell.